According to the annual report newly released by the TIPO (Taiwan Intellectual Property Office), there were 41,991 requests for substantive examination of invention patent applications and 39,528 disposals of them in 2018. The yearly average disposal pendency was down to 14 months for invention patents and 8.7 months for a first office action. Both have hit a ten-year low and outperformed the current records in the US and the EU.

As for design patent applications, the average pendency for a first office action and for disposal were 6.1 months and 7.4 months respectively, showing a stable trend.

Not only accelerating examination process, the TIPO continuously improves the quality of its work products. The patent application disposals completed in 2018 include 30,585 allowances (accounting for 77.4%), 8,063 rejections (20.4%) and 880 withdrawals or not accepted cases (2.2%). The requests for both reexamination and Invalidation were less, compared to the previous years. So were the requests for appeals and administrative litigations against examiners’ decisions.

Taking reexamination and invalidation cases as instances, there were 3,901 disposals from 2016 to 2018 (1,386, 1,365, and 1,150 ) and 1,185 administrative remedy requests filed against TIPO’s original decisions on either reexamination or invalidation cases, including 875 appeal requests (313, 288 and 274 respectively). Besides, there were 104, 103, and 103 administrative litigation requests filed in the same period. Among the cases concluded by the IP Court, 26 disposals each year were revoked by the IP Court. The revocation rate in 2018 is 23.2%, which was the lowest level in three years.

The main reason for revocation was mostly due to the IP Court’s disagreement with TIPO’s assessment of inventive step requirements. There was also an increase in cases being revoked for additional new evidence, as prescribed in Article 33 of the Intellectual Property Case Adjudication Act.

Not very long ago, people applying for patent rights in Taiwan had to wait more than three years for a result. The backlog of patent application increased around 20 thousand cases per year and reached its peak of 160,479 cases in 2011. That situation negatively impacted businesses, particularly in those industries operating with short product cycles. That practically hindered the innovation process and impeded market competition.

In order to reduce the backlog, Taiwan’s Government had invested NT$ 1.26 billion (US$ 39 million) in a five-year program, called the “Patent Backlog Reduction Project”. The program was officially launched in 2012.  The TIPO incorporated multiple measures to tackle the growing backlog. Some of which are recruiting 170 fixed-term examiners, training 70 civilian servicemen with science backgrounds to assist with prior art searches, leveraging electronic resources, optimizing organization and internal process, etc.

By the time the project ended, the pending applications were down to 44,002 cases and the average disposal pendency for invention patents was shortened to 15.5 months, faster than that of major IP offices. Even after all the fixed-term examiners recruited for the project left in April 2017, the average disposal pendency was notably further down to 14 months in 2018 with a staff number 10 percent less than its 2012 level.

The overall performance improvement must be attributed to TIPO’s effort to keep up with the best practices around the world, combining the e-filing and e-delivery services, breakthroughs in international cooperation, amendments to the Patent Act, establishing the industrial patent knowledge platform system and patent invalidation hearings, together with other actions.

One of the examples is TIPO’s online service which began in 2008. Its service scope has extended gradually from e-filing, fee collection, patent annuities management, to e-delivery, content editing, issuing digital certificates, priority document transmission, etc. And the service is now available seven days a week, 24 hours a day. In 2018, 74% of new applications were filed online. 10 percent of which were submitted outside of business hours. (上標 [3] ); 81.5% of the documents fit for e-delivery were delivered electronically and one-fifth of which were sent outside of business hours.

Moreover, an online examination system is now underway. By which examiners are able to review substantive examination documents online in real-time. Another measure worth mentioning is the “Hearing on Patent Invalidation Program”. It enables both parties in a patent invalidation case to fully express and argue their views on specific facts. Given the above progress, we can expect that the TIPO will continue its improvement in examination efficiency, as well as its overall productivity.

Lastly, a total of 62,193 patent applications were granted in 2018, including 36,147 invention patents, 18,559 utility model patents, and 7,487 design patents. Compared to 2017, the numbers of invention and utility model patents were down 21% and 2.5%, respectively, whereas design patents were 4.8% up.
Of those, 11,269 grants were earned by applicants from Japan, 6,051 from China, 1,787 from Korea and 1,161 from Germany. For detailed information in terms of the patent types and rankings, please refer to the attached graphics and the article “TSMC, Qualcomm, SEL Lead the Patent Rankings 2018 in Taiwan” published earlier.

END_OF_DOCUMENT_TOKEN_TO_BE_REPLACED 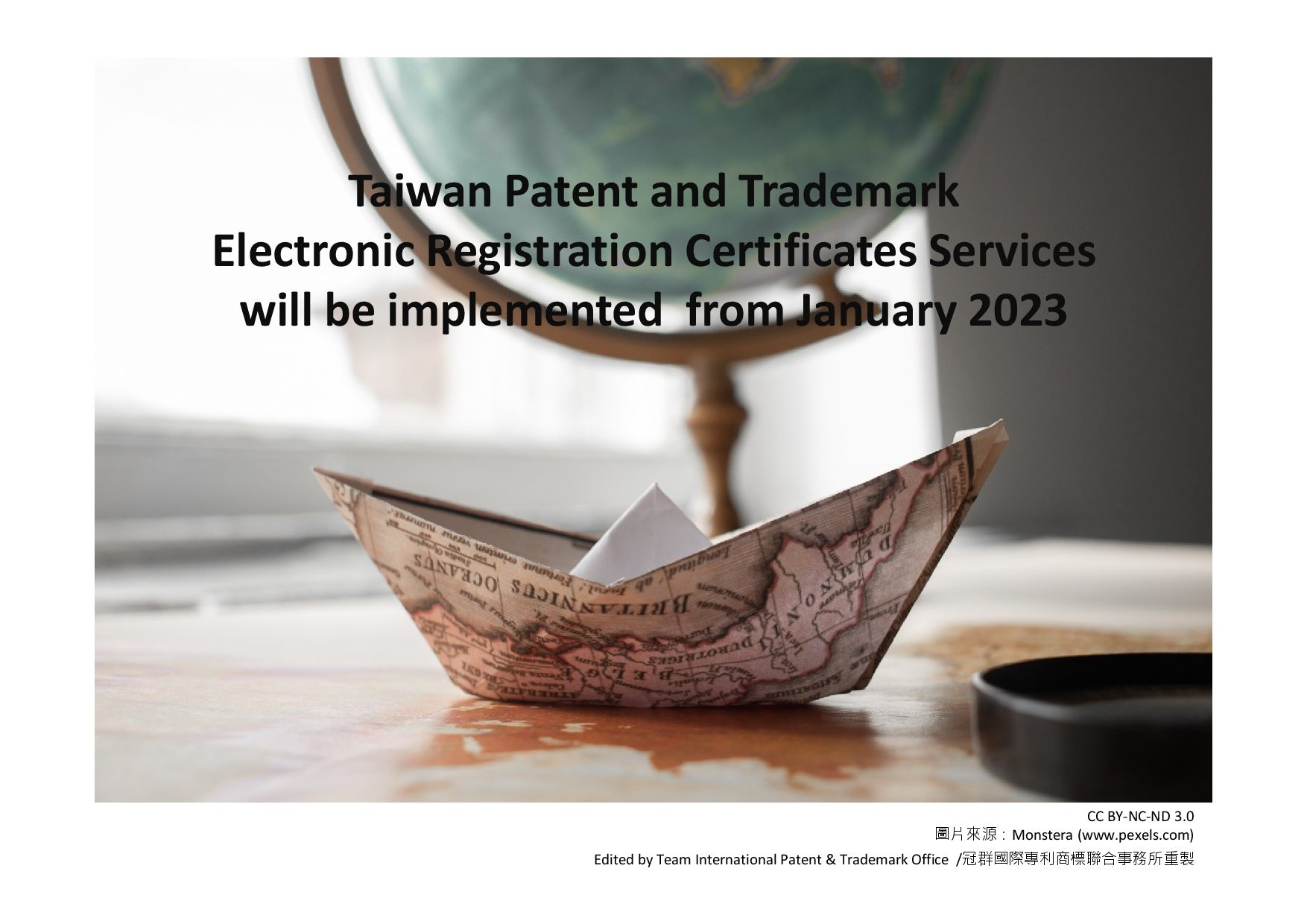